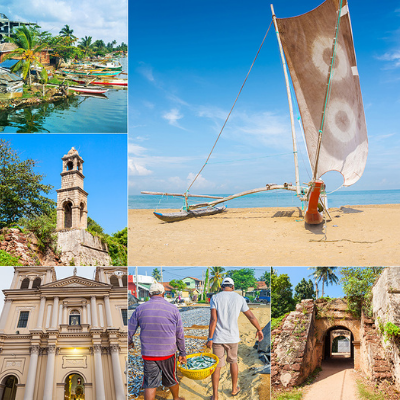 Negambo is located at the mouth of the Negombo Lagoon, about 7 km from the Bandaranaike International Airport. Its economy is mainly based on tourism and its centuries-old fishing industry.
The Dutch captured the town from the Portuguese in 1640, lost it, and then captured it again in 1644. The British then took it from them in 1796 without a struggle. Negombo was one of the most important sources of cinnamon during the Dutch era, and there are still reminders of the European days.
The busy centre of Negombo town lies to the west of the bus and train stations. Most places to stay, however, line the main road that heads north from the town centre, running almost parallel to the beach.