DAY 1
Colombo Airport – Negombo
Negombo is a major city in Sri Lanka, situated on the west coast and at the mouth of the Negombo Lagoon, in Western Province, Sri Lanka. Negombo is the fourth largest city in Sri Lanka and it is the largest city in Gampaha District. Negombo is also the administrative capital Centre of the Negombo Division. It is one of the major commercial hubs in Sri Lanka with about 144,551 inhabitants within city limits. It is approximately 35 km north of Colombo City. Negombo is known for its huge and old fishing industry, with busy fish markets and long, sandy beaches. Negombo is the most westernized, vibrant city and it is one of the major tourist destinations in the country. The main international airport of Sri Lanka is in Negombo Metropolis. 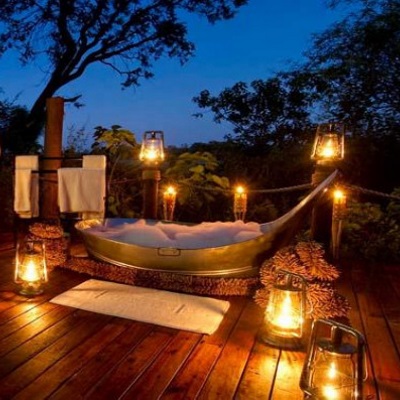 Day 2
Negombo - Habarana
Habarana is a small city in the Anuradhapura District of Sri Lanka. The location has some mid-range and up hotels aimed at package tourists, and is a departure point for other nearby locations of greater interest. Habarana is a popular tourist destination for safari lovers as it is the starting point for safaris in the nearby Habarana jungle and the Minneriya sanctuary which is heavily populated by elephants. Elephant back riding is also an attraction in this small city. Habarana is situated nearby to the ancient rock fortress and castle/palace ruin of Sigiriya and is situated on the main road from Colombo to Trincomalee, Polonnaruwa and Batticaloa. The population of the city is expected to be in the area of 5000-10,000. The area has some of the best hotels in the country and the greenery and wild life has added value, making the location attractive for tourists 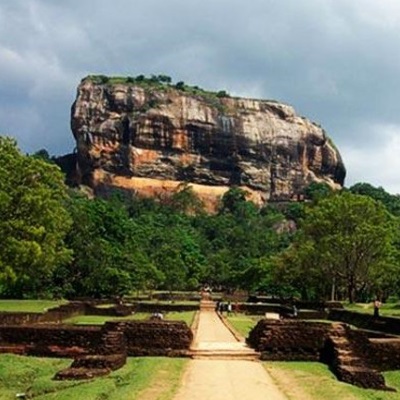 Day 3
Habarana- Kandy
Kandy – a lovely exotic city, the Hill Capital and last stronghold of the Sinhala Kings is a UNESCO World Heritage Site which retains an aura of grandeur, time has not affected. Encircled by hills, with a tranquil lake in its centre, it is the site of the renowned temple that enshrines the Tooth Relic of the Buddha and the Royal Botanical gardens – home to one of the world’s best collections of Orchids. A cultural sanctuary where many legends, traditions and folklore are still lovingly kept alive, Kandy and its satellite villages are the centre of the islands handicraft industry (items of wood, brass & silver) exquisite silver or gold jewellery and precious gems of many varieties including the world’s best blue and star sapphires.The highlight of the city’s calendar is the Esala Perahera, when a replica of the casket enclosing the Tooth is taken in procession for ten glittering nights in July/August by exotically costumed dancers, drummers and approximately 100 Elephants. Temple of the Tooth Relic, Kandy The Temple of the Sacred Tooth relic of the Buddha Is the most important temple for the Sri Lankan Buddhists and was built in the 16th Century A.D. by king Wimaladharmasooriya, solely for the purpose of housing the tooth relic.   Opening hours:     Places to be covered in Kandy 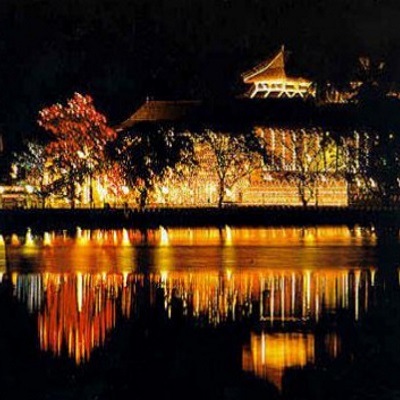 Day 4
Kandy
Pinnawela Elephant Orphanage – set amongst the verdant hills of Kegalle is a unique orphanage, where the tiny tots weigh 60 kg or more. This is the Pinnewela Elephant Orphanage, the world's first and only elephant orphanage established to feed, nurse and house young elephants lost or abandoned by their mothers. Other occupants are elephants displaced from their natural environs by development projects or those found wounded. Visitors could see the baby elephants being fed milk from gigantic feeding bottles or bathed in the river which flows nearby – an unforgettable sight! Established in 1975, by the Wildlife Department and National Zoological gardens which subsequently led to a breeding programme through which more than twenty five elephants have been born since 1984.     Time table of the Elephant Orphanage 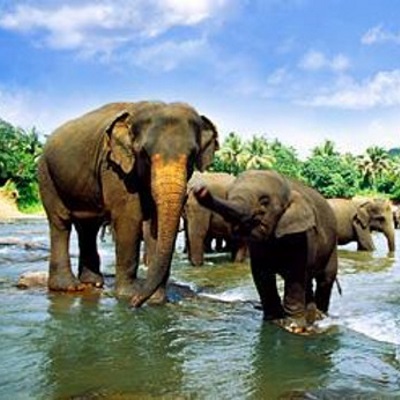 Day 5
Kandy – Nuwara Eliya
Tea Plantation - visit a tea plantation and a tea factory where one the best teas in the world is produced. You will be told all about the process of manufacturing tea and also see how tea is graded. Taste a cup of pure Ceylon tea in the factory. Nuwara Eliya – Sri Lanka's premier hill resort with a fine bracing mountain climate, Nuwara Eliya is also the heart of Sri Lanka's tea country, producing some of the world’s best tea. The mountain slopes and valleys are a carpet of velvety green tea plantations, interspersed with gushing streams and tumbling waterfalls. Red or green roofed plantation bungalows, English country style homes and hotels with lovely flower gardens, a fine 18 hole golf course and a racecourse gives Nuwara Eliya a decidedly British character. Places to be covered in Nuwara Eliya 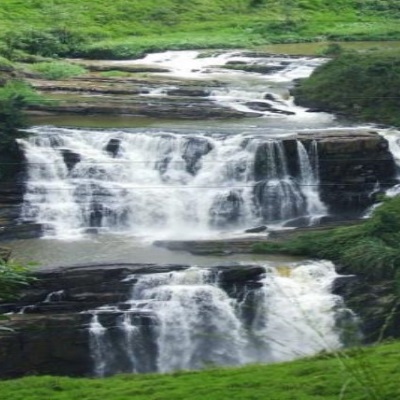 Day 6
Nuwara Eliya – Bentota
Bentota – situated on the south west coast, at the confluence of the sea and the Bentota river, the sun drenched location and its golden, palm fringed beaches which border the warm, sparkling waters of the Indian Ocean made it a natural choice for development as the first tourist resort. Today it is known in Sri Lanka’s global tourist markets as a highly attractive holiday resort with a wide and varied choice of distinctive hotels to suit every taste and purse. Bentota has a complete range of tourist facilities, great seafood and very popular water sports centres which provide boating, water skiing, jet skiing, snorkelling and wind surfing. 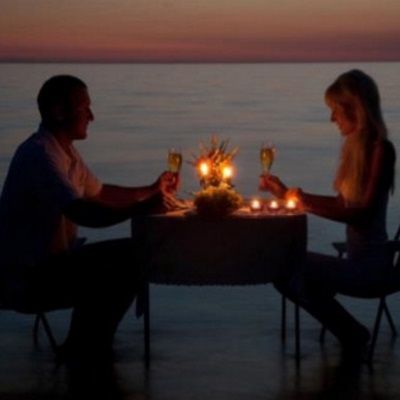 Day 7
Bentota
Madu Ganga -The Buddhist Amarapura Nikaya sect had its first upasampada (higher ordination ceremony) on a fleet of boats anchored upon it in 1803. The Buddhist Kothduwa temple is situated on an isolated island in the lake. Together with the smaller Randombe Lake, to which it is connected by two narrow channels, it forms the Madu Ganga wetland. Its estuary and the many mangrove islets on it constitute a complex coastal wetland ecosystem. In has high ecological, biological and aesthetic significance, being home to 303 species of plants belonging to 95 families and to 248 species of vertebrate animals. It might be one of the last remaining tracts of pristine mangrove forests in Sri Lanka. The inhabitants of its islets produce peeled cinnamon and cinnamon oil. The Maduganga Wetland was declared in 2003, in terms of the Ramsar Convention 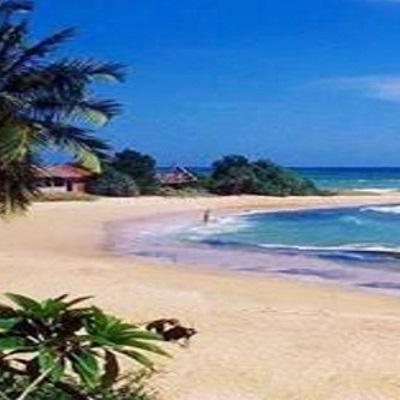 Colombo – the trade and commercial capital has long been the traditional gateway to the Orient. Sri Lanka’s largest city, it is located on the west coast and draws together all the cultures, religions and influences of foreign lands into a pot-pourri of sounds, smells and a kaleidoscope of colour. The original traders and settlers - the Arabs, Portuguese, Dutch and the British have left in their wake churches and monuments, names and religions, costumes and food and smatterings of their languages which have been absorbed into the speech of the Sri Lankan. Today, Colombo is a fascinating city - a happy blend of east & west, past & present, with a charm of its own. A less known but amazingly true fact is that Colombo has a superb range of high quality restaurants serving food from all over the world and some of the best shopping opportunities in Asia. The main seaport of Sri Lanka is in Colombo & adjoining it, is Pettah, a local bazaar & trading area. Other places of interest are the beautiful Buddhist temples, Hindu temples, mosques, the historic Wolfendhal church, (1749) residential areas where you find the stately homes of the affluent, , the Ceramic Corporation famous for its well-known brand “Noritake” and ODEL the renowned shopping centre. City Tour: While on your city tour in Colombo you may visit famous places including Galle Face Green, the Viharamahadevi Park, National Museum, Twin World Trade Center towers, Old Parliament Building, Fort district, Independence Hall at Independence Square, and prominent Buddhist, Hindu, Islam and Christian places of worship. (Entrance fees to sites not included). For shopping, you may visit Odel, House of Fashion, Beverly Street, Majestic City, Noritake, etc. 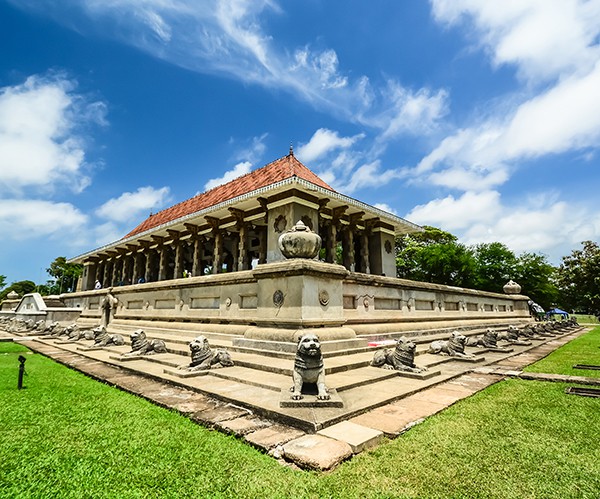 Day 9
Colombo - BIA
After breakfast from the hotel and proceed to airport for departure. 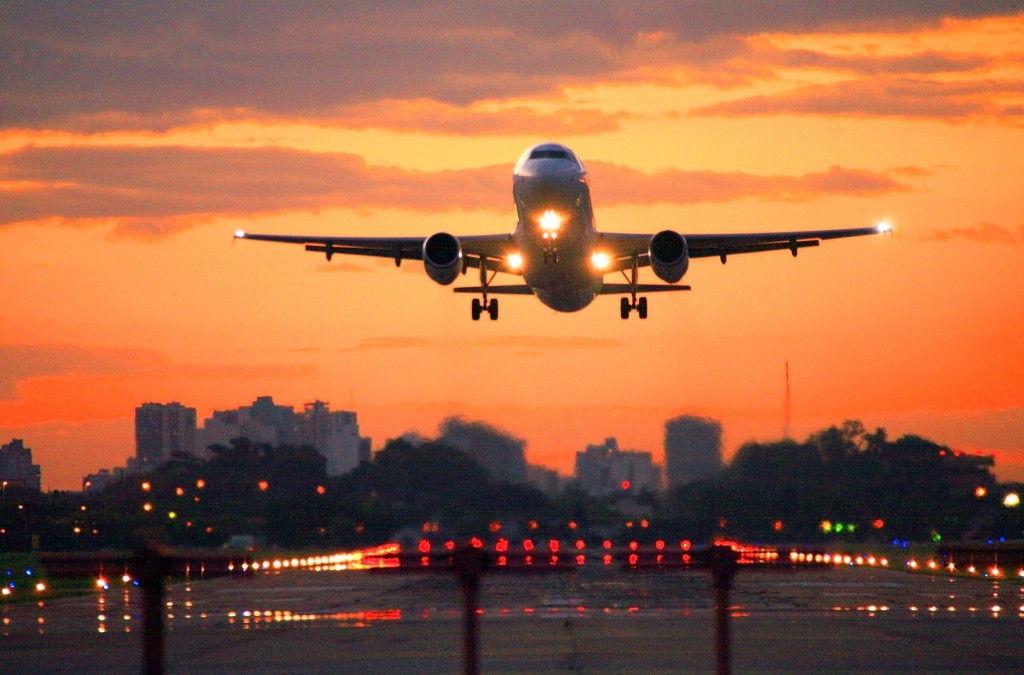 For further information please send us your message by completing the form below.